MASCARAS: THE OTHER FACES OF MEXICO

Mascaras : The Other faces of Mexico

The oldest known wooden Mexican mask is in New York’s American Museum of Natural History carved by an Olmec artisan somewhere between 1200 – 400 BCE. There were undoubtedly others, but wooden artifacts do not last long in Central America.  An early 20th Century mask that has survived is considered to be of venerable age. We are pleased to have many such pieces in MASCARAS: The Other Faces of Mexico at Cavin-Morris Gallery.

There has not been a major Mexican mask exhibition in New York City since at least the 1970s.  Robert Bishop, then Director of the American Folk Art Museum had asked Cavin-Morris to curate one, but he passed away before the show could be realized. There has been an unfortunate gap in the exposure of this fascinating American art form on the East Coast.

It has taken almost forty years for Cavin-Morris to gather together a collection of masks that would reintroduce this art form to the public in an authentic and qualitatively high presentation.

Mexican masks have canons of form and content but, unlike African or Indonesian masks for example, idiosyncratic styles by artists are accepted.  Whether urban or provincial, a great deal of personal interpretation and improvisation is encouraged.

The masks in this exhibition date from the turn of the 20th Century to the early 1970’s.  They range from variations on classic human types like conquistadors and sacred clowns to bull-devils and anthropomorphic jaguars. For comparison we have also included some Pre-Columbian ceramic and stone heads and faces, including an unusual Olmec stone mask, and a ceramic skull mask from Colima in West Mexico. These masks contain the syncretic history of the Americas, often combining Native American, European, and African iconographies. Some have shamanistic references, and some are purely Colonial. Many similar forms are still being danced across Mexico and the South-Western United States today. We are also delighted to have two photographs in the exhibition by noted photographer Phyllis Galembo from her most recent publication: Mexico Masks/Rituals (Radius Books/D.A.P.)  We view this exhibition as an important introduction to a vital and deep culture, ancient in roots and vital in contemporary times; a truly American version of an ancient art form. 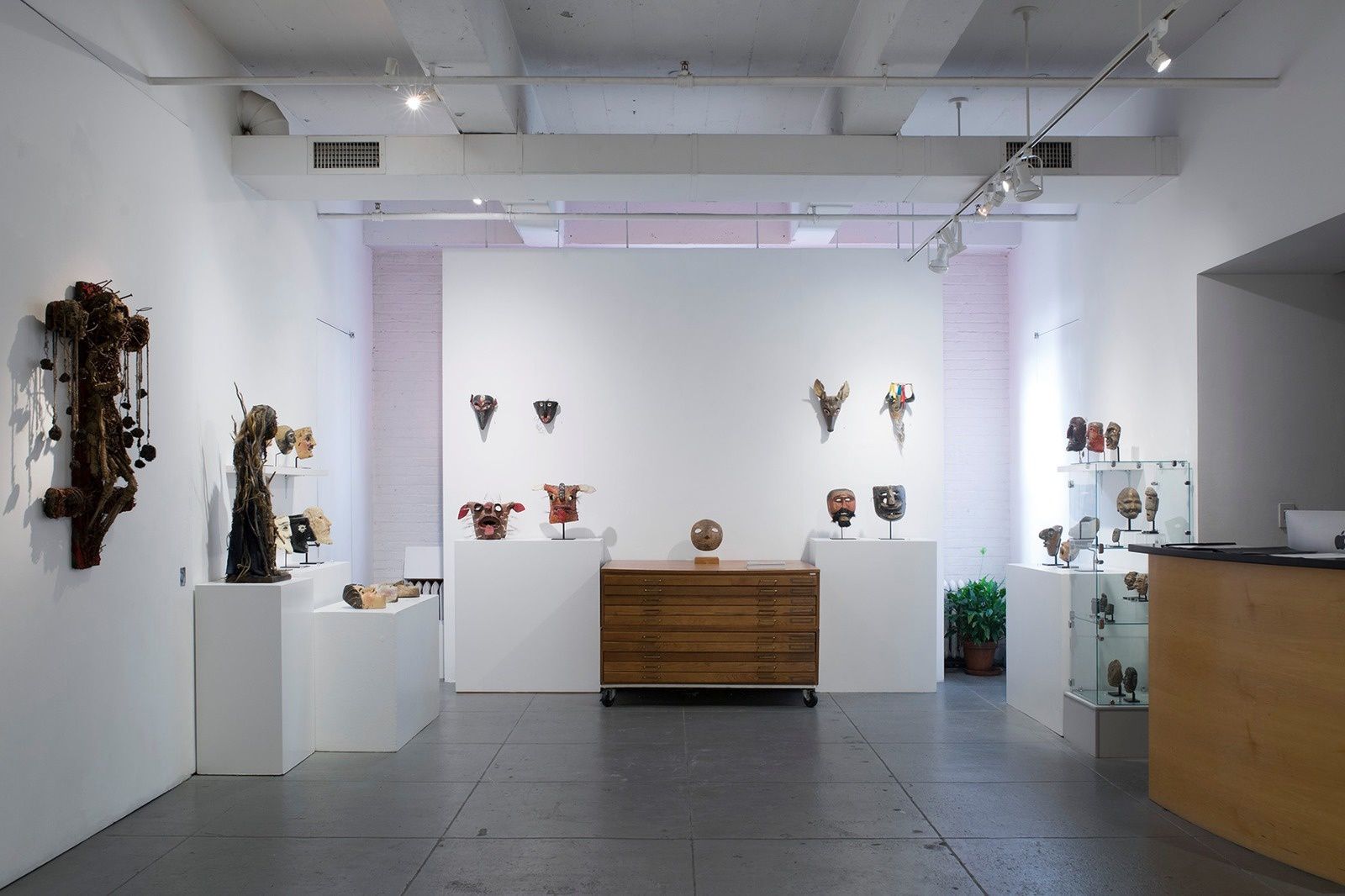 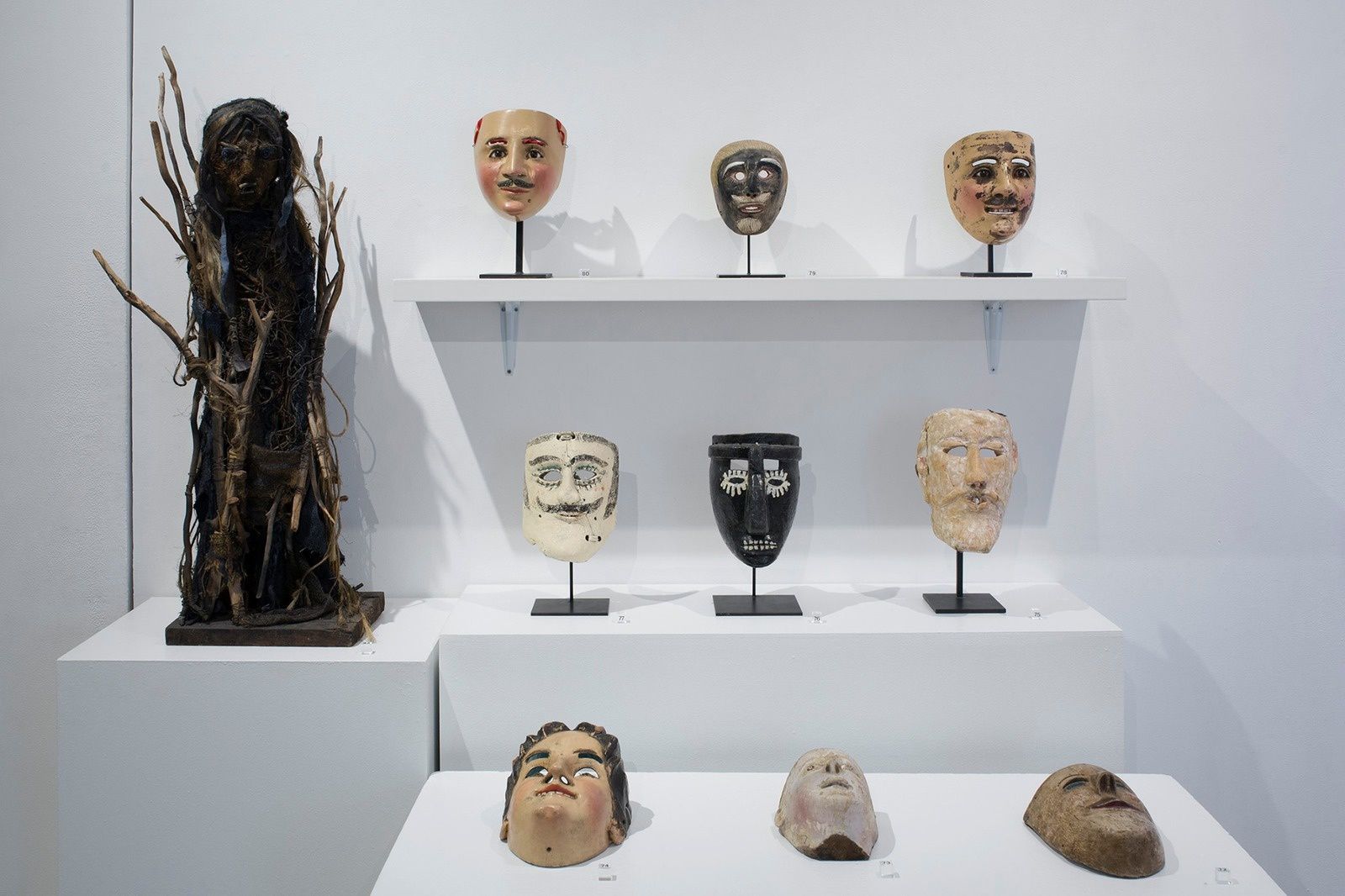 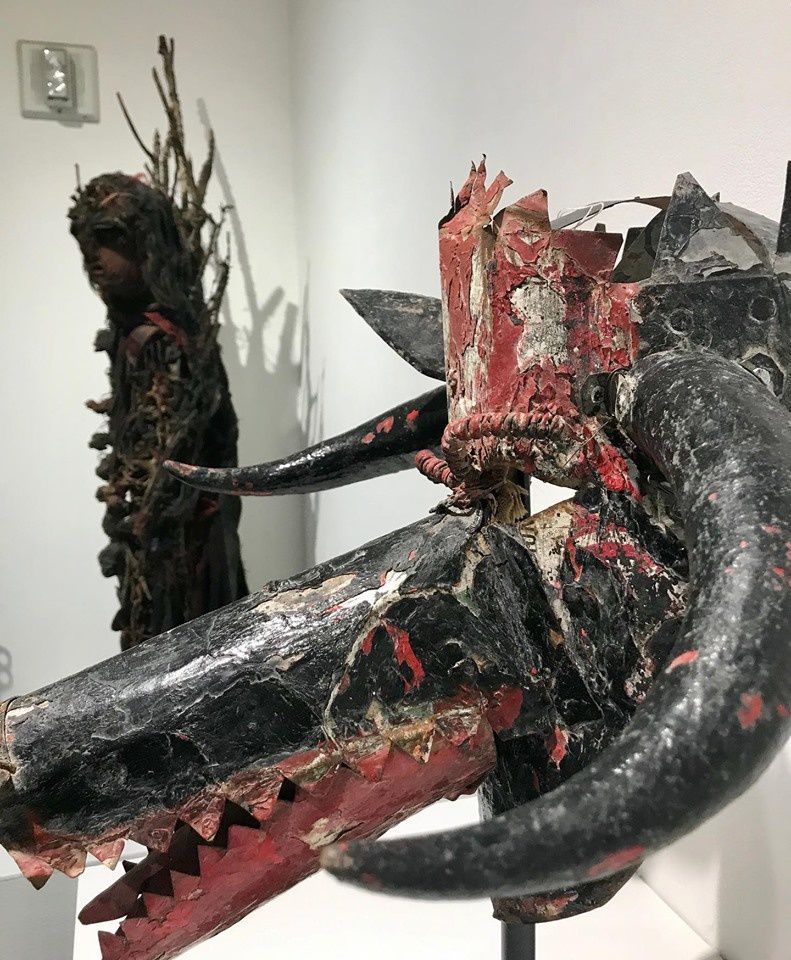 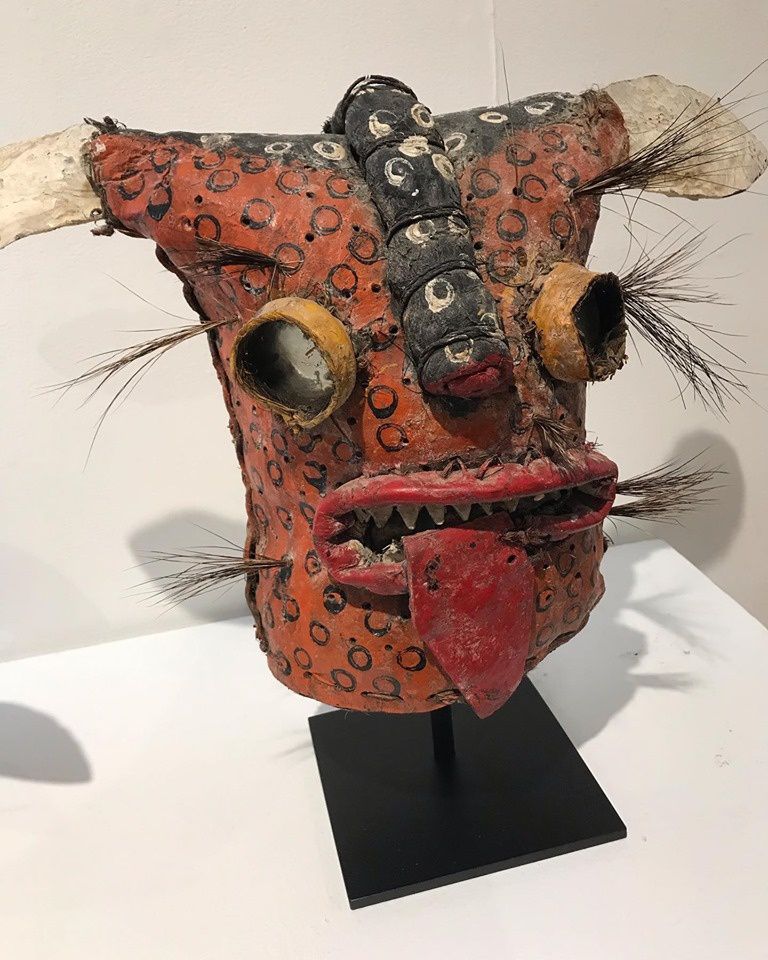